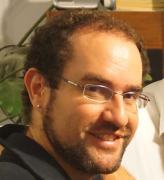 Composer and pianist Nadav Amir-Himmel writes music of direct and vivid expression. His music draws upon a variety of influences, from Bach and Elvis Presley, to Salvador Dali and Oscar Wilde. Centuries of musical traditions spanning world and Jewish music, as well as both classical and popular music, echo in his music. “My goal is not to create a personal stamp that will be recognizable to listeners as my work,” he says, “but rather, in creating a unique and captivating experience for the listener in each piece independently.”

Amir-Himmel’s compositions have been commissioned and performed by prestigious orchestras and ensembles around the world, including The RTE ConTemp String Quartet in Romania, The Karlovy Vary Symphony Orchestra in Prague, Orquesta Sinfonica De Michoacan in Mexico, The Excelsis Percussion Quartet in New York, and many more. In 2014, his piece “Galatea” was chosen by The Sydney Contemporary Orchestra to be performed by the Orchestra in 2018.

First prize winner of the prestigious International Antonín Dvořák Composition Competition, Amir-Himmel also received grants and awards from the America-Israel Cultural Foundation, the Klon Composition Competition, Bar Ilan University, The Competition for Youth Orchestra, and The 1 Competition for Youth Orchestra’ in Mazzano. In 2015, Amir-Himmel was also chosen to represent his country in the ‘Asian Composer League’ festival in The Philippines. During his visit, Amir-Himmel was invited to lecture about his music played a recital of his work to the Israeli Ambassador in the Philippines.

Born and raised in Jerusalem, Nadav Amir-Himmel received an M.Mus. in Composition from The Jerusalem Academy of Music and Dance, and a B.Mus in Piano Performance from the Tel Aviv Academy of Music. His musical passage has been influenced by pianists Arie Hassid and Emanuel Krasovsky ,and master composers Andre Hajdu and Josef  Bardanashvili, Betty Olivero and Gideon Lewensohn. In addition to composing classical music, he also adapts musical pieces from the world of popular music and Jazz, giving them a unique interpretation. He does this both through his trio ensemble, “The Charters”, as well as his Youtube channel, “Timeless Covers”, in collaboration with clarinet player Nir Marom.